Flank Steak Fajitas marinated in chimichurri sauce paired with drunken peppers and guacamole makes a delicious fajita filling. Instead of grilling, we pan fried the marinated flank steak and it was deliciously tender and juicy.

We celebrated July 4th indoors since it was so hot and humid outside. Currently there is a heat wave all over Northern America. It was a good call since we can also see the fireworks from inside the house. Everything was perfect even though we decided not to grill outdoors. 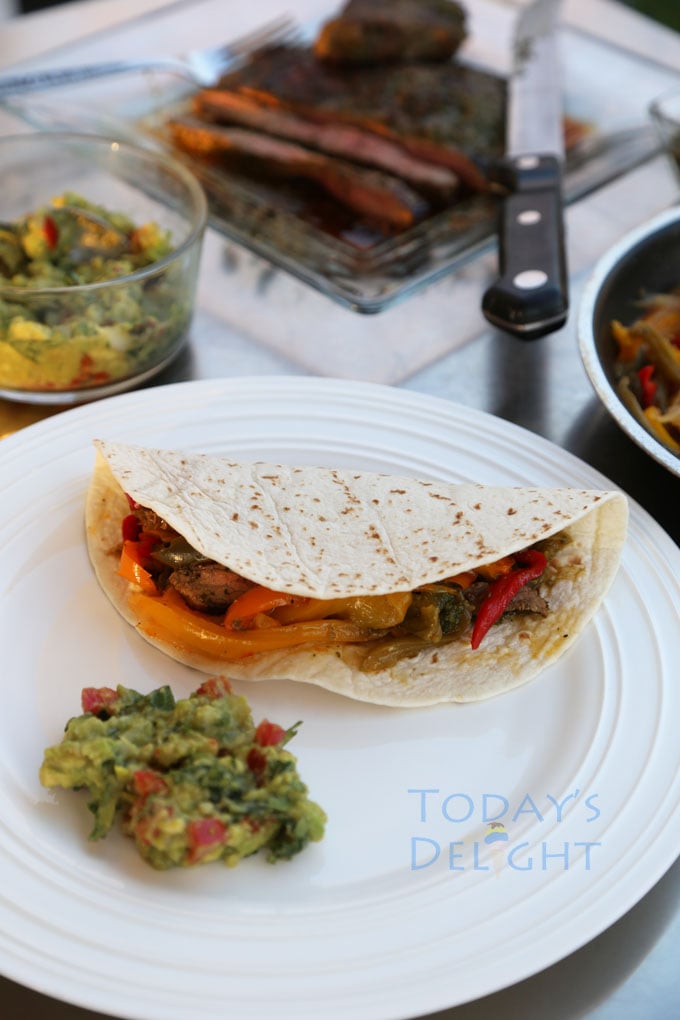 Marinating flank steak overnight is preferable but if crunch for time marinating for four hours will work. When cooking drunken peppers keep it crisp and not over cooked. Serve everything buffet style. Food warmer will work. If you don’t have one get a disposable chafing dish set so you can kick back afterwards. The good thing about disposable chafing trays - it will keep the food warm and less clean up. Slice the flank steak before placing it in the serving tray.

How to Cook Flank Steak Fajitas

Watch how I prepare the chimichurri marinade and the drunken peppers. Make it on your next cook out or indoor entertaining. Enjoy! 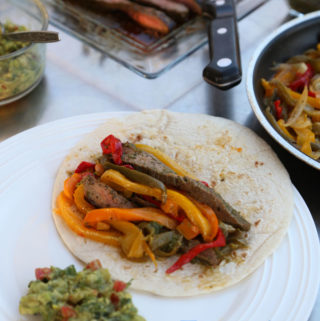 For the chimichurri marinade:

How to make the chimichurri marinade:

How to make the Drunken Peppers: 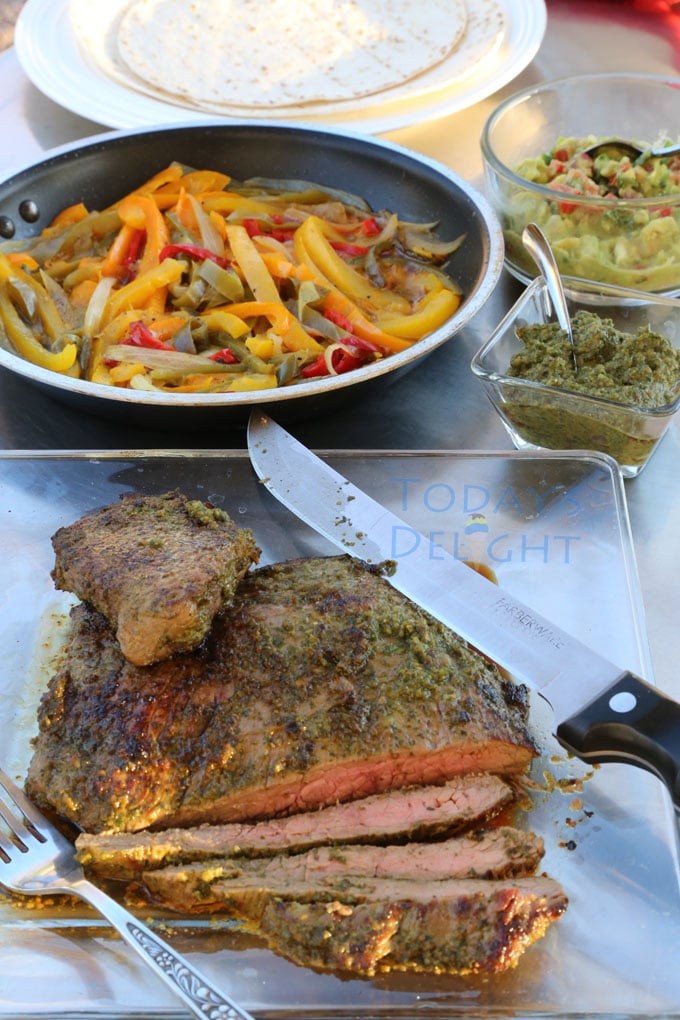 Adapted from Sunny Anderson. Thanks for sharing this wonderful recipe.