Thanksgiving is around the corner and ribeye roast is perfect to serve for the holidays. Slow cooking at low temperature is key for a tender, moist and juicy roast.

I will show you How to Slow Cook a Ribeye Roast in the Oven that everyone will love. 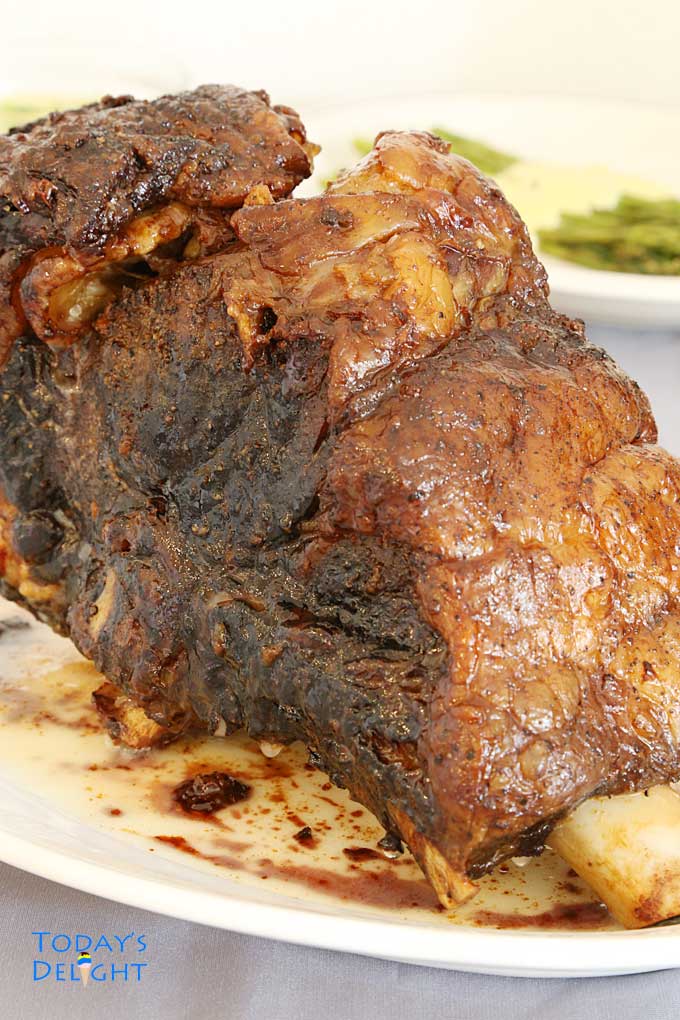 One thing to note, oven temperature varies so you might need to adjust cooking time accordingly. A simple seasoning of salt and pepper would be ideal if serving with sauce.

Press for time, cook at higher temperature at less time. For a quick medium roast, check out my recipe and images for Lemon-Pepper Rosemary Ribeye Roast. Meat at the center is pink with crusty top. I don’t suggest using this method for well-done roast if you like it tender, moist and juicy.

While cooking your ribeye, feel free to roast vegetables at the same time. If temperature is high, cover veggies with foil, 2 minutes before taking out of oven remove foil and brown for 1 - 2 minutes. Get this  out of the way and relax.

This is also the time to prepare the sauce for your ribeye roast. Elevate it with Creamy Bearnaise Sauce, Mushroom Sauce or whatever sauce you prefer. Prepare sauce half an hour before roast is ready to serve.

How to Slow Cook a Ribeye Roast in the Oven

I - Prepare the Ribeye Roast

a. Bring it to room temperature.

For a juicy and evenly cooked roast, let the meat come to room temperature before cooking.

For a flavorful bone-in ribeye roast season generously with salt and pepper.

b. Season generously with salt and pepper.

a. Place roast on a roasting pan. I used a standing bone-in ribeye, no need to be on a rack.

b. Pre-heat oven at 450 degrees F. Place uncovered ribeye roast at the lowest rack and sear for 20 minutes. Browning will keep it juicy. Tip: Place a baking sheet at the top rack to slowly cook the exterior, if you like.

c. After 20 minutes, set temperature at 300 degrees F. Use a thermometer and cook meat by -5 to -7 degrees before it reaches desired doneness. Remove from oven. It will continue cooking when you rest the ribeye roast.

d. Remove from oven, if ribeye roast is uncovered, cover and let it sit for 10 minutes to rest. Roast will continue cooking.

e. This is ready to serve but if you like a flavorful and crusty exterior, brown and caramelize meat. Follow step 3. 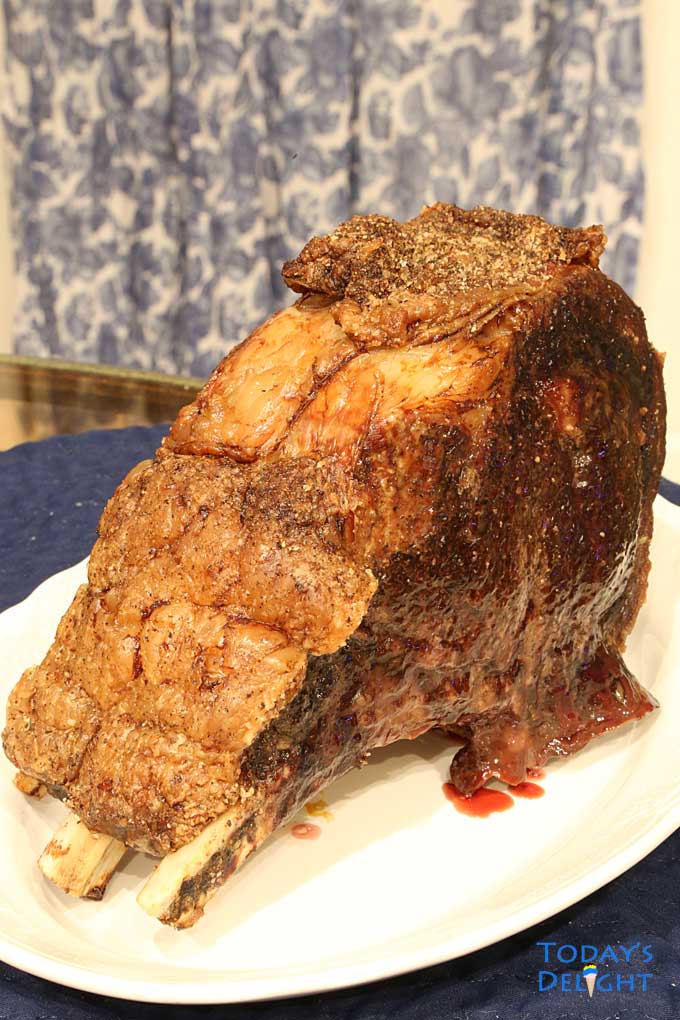 III - Brown or Sear in Cast Iron or Pan – (Optional)

a. Heat cast iron over medium to high heat, add some oil dripping and olive oil or butter.

b. This is going to be a quick process. Sear each side for a minute or two. Leave it longer for a crustier exterior. 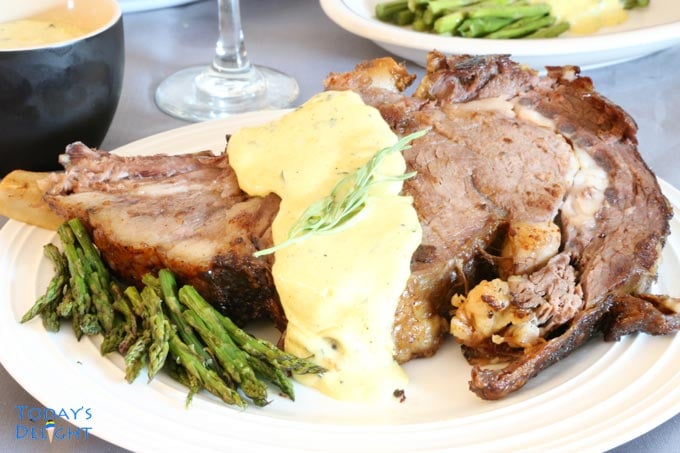 Or Would You Rather Try -

or Slow Roasted Prime Rib with Aromatic Herbs and Spices 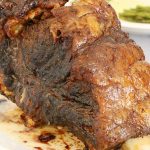 How to Slow Cook a Ribeye Roast in the Oven

As an experiment, I placed a baking sheet at the top rack above the ribeye roast to slow down cooking of top of roast. This is optional. 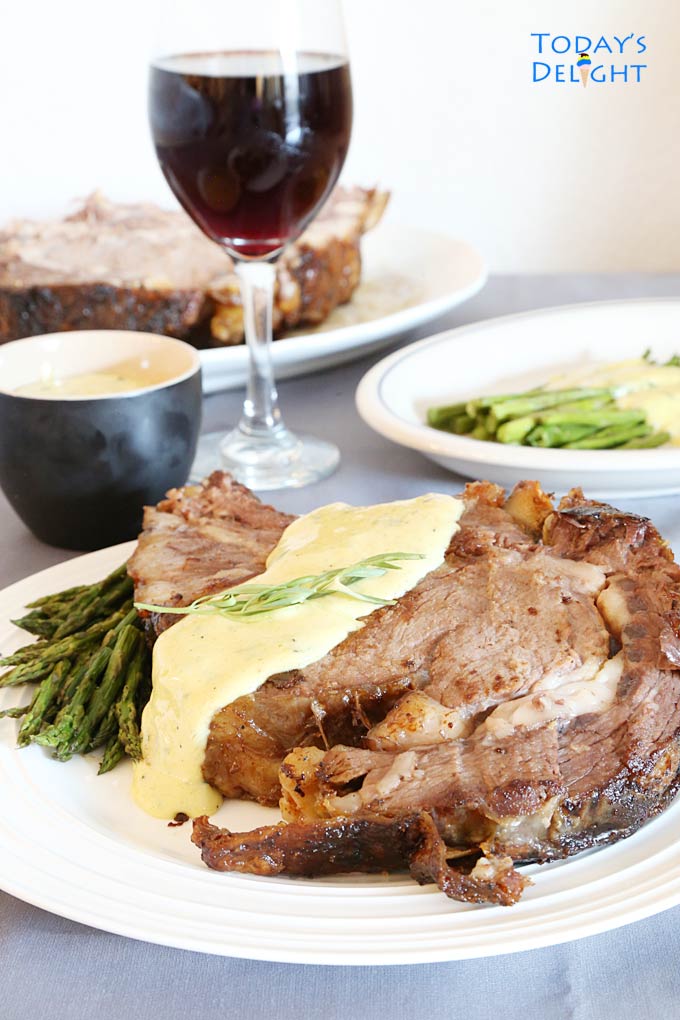 Serve this tender, juicy ribeye roast with your favorite sauce and sides. 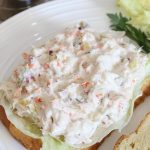