Do you like mushroom? If you do, try this Enoki Mushroom with Shrimp, simple and quick to make yet flavorful. The enoki mushroom is blanch in boiling water while shrimp is sautéed with other ingredients to make the savory sauce.

For Vegan version, just eliminate the shrimp and it is delicious as well. 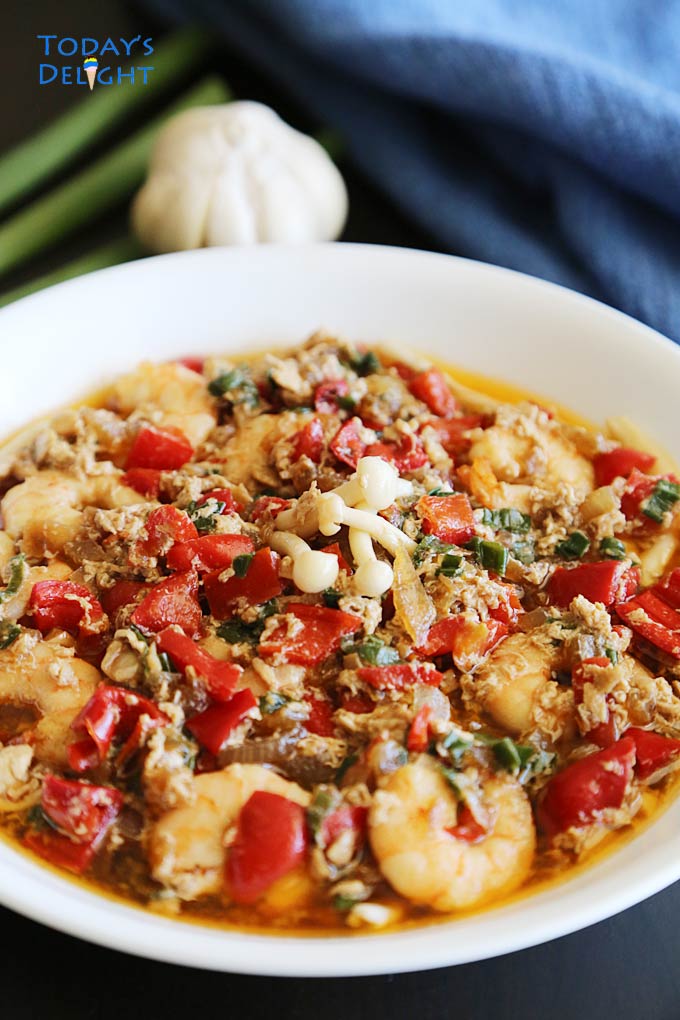 What is Enoki Mushroom?

Enoki mushroom is long, thin mushroom with firm, crisp texture and has a shelf life of a week refrigerated. It is widely used in Japanese and Chinese cuisine. Enoki also known to Japanese as Enokitake.

If you go to Asian stores, enoki mushroom is also referred to as gold needle mushroom or gold mushroom.

It is good, plus it contains antioxidant beneficial to our health.

Enoki Mushroom is not commonly sold in my local grocery stores unlike other types of mushroom. I get this it in Asian stores, packaged fresh and reasonably priced.

How to Prepare Enoki  Mushroom

Take a bundle and trim about 1 inch of the root area. Gently separate each mushroom from each other. Place in a colander, wash and drain. Now, it’s ready to be used. 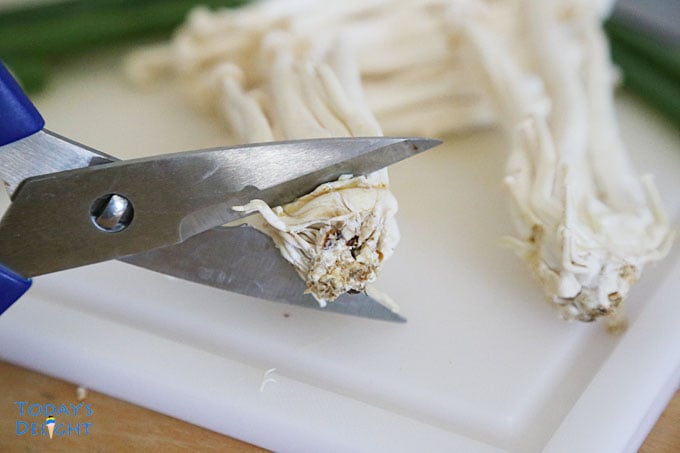 Enoki mushroom with roots.Use a scissor or knife and cut off root area. 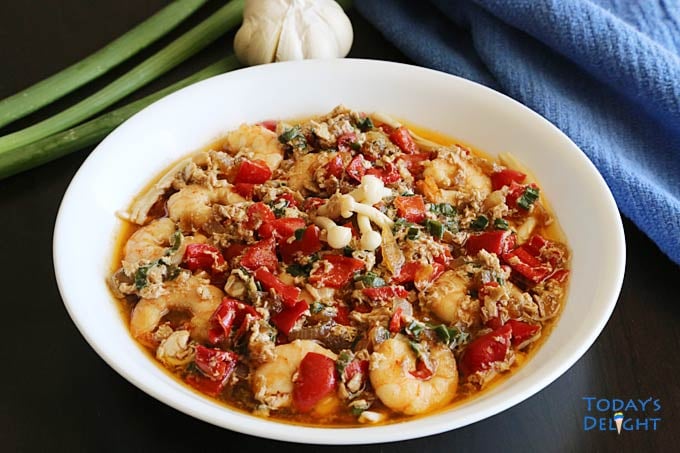 Delicious shrimp and mushroom in a savory sauce.

Enoki is good crisp and firm. Boil water and blanch it for a minute. Drain water and transfer to a serving plate. Then pour sauce over mushroom.

How Long to Keep Enoki Mushroom

Keep it refrigerated for a week in its packaging.

How to Cook Enoki Mushroom with Shrimp

I suggest to cook the sauce first and when ready to eat warm it and blanch the enoki mushroom in boiling water for a quick one minute. Drain water and pour over sauce. Serve hot with white rice. 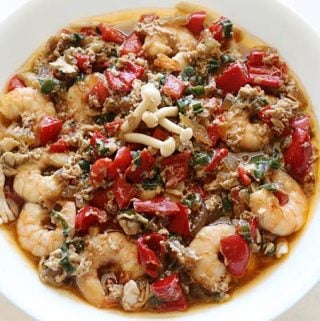 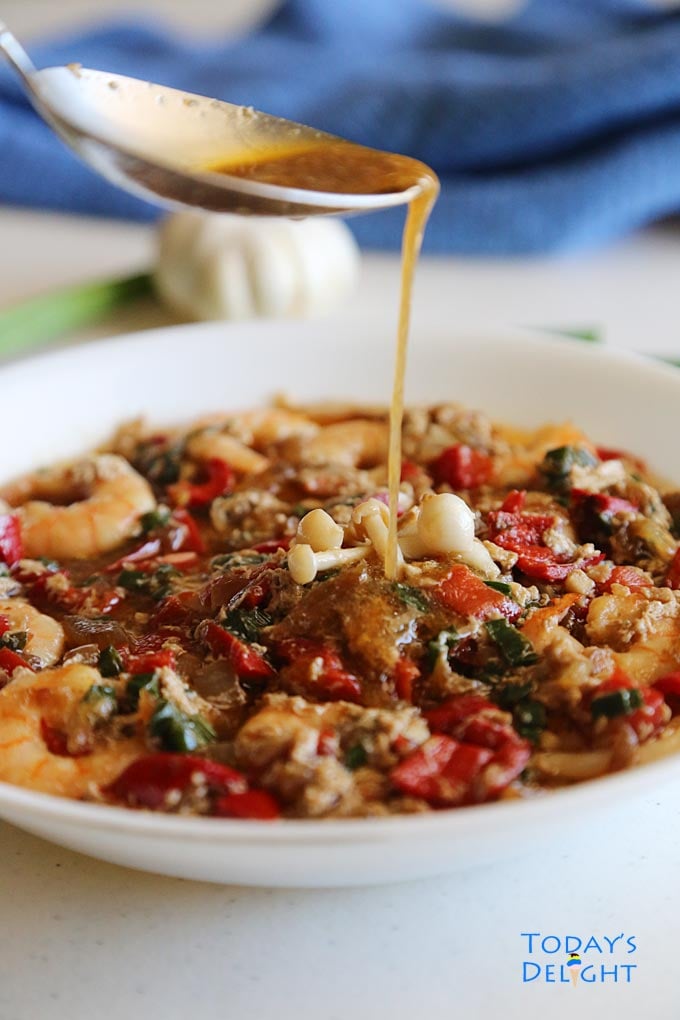