Happy Holidays and a Big Thank You for supporting our site. Stay safe! 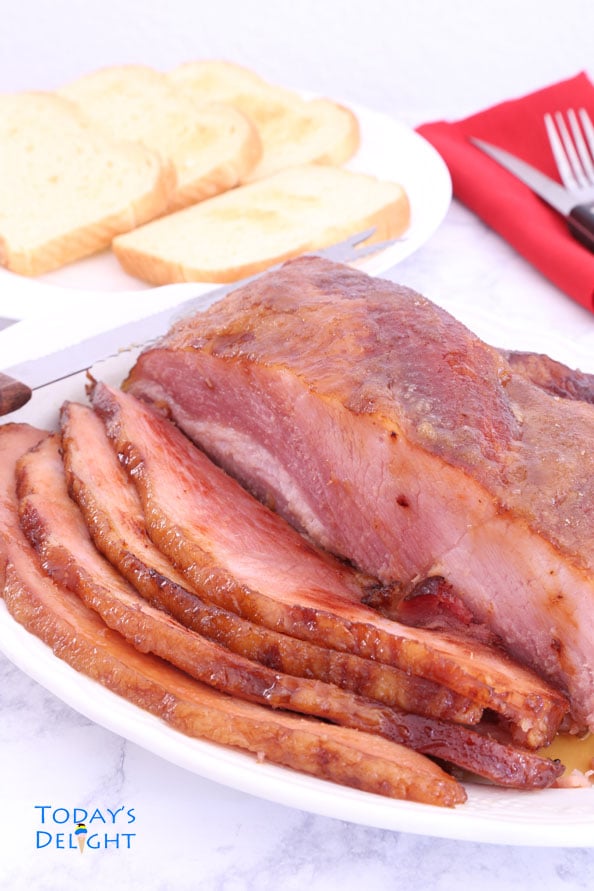 I was out and about yesterday doing my grocery shopping for the holidays. The holiday season is in full swing and there were many cars and people everywhere I went.

Can you imagine what this weekend would be. A herd of people everywhere, traffic, long lines of people trying to finish up their shopping list.

Christmas is a few days away and if you haven’t decided yet what to serve, consider getting a Master Carve Ham from Costco or Sams. No fuss no muss and you have a deliciously, easy, tender, juicy ham at the table.

During normal times, our holidays is how I described it above. This year, it is definitely different. People have to be patience since this is not forever.

With our current situation, it is not advisable to spend the holidays with people not in your household.

Write down all the ingredients you need before grocery shopping, so you can limit running errands. The less time you spend in an enclosed area visited by everyone is advisable at this time.

Enjoy the holiday season and be safe.

What is a Carve Ham?

The manufacturer has removed the bone which makes it easy to slice. A boneless ham is easier to carve. 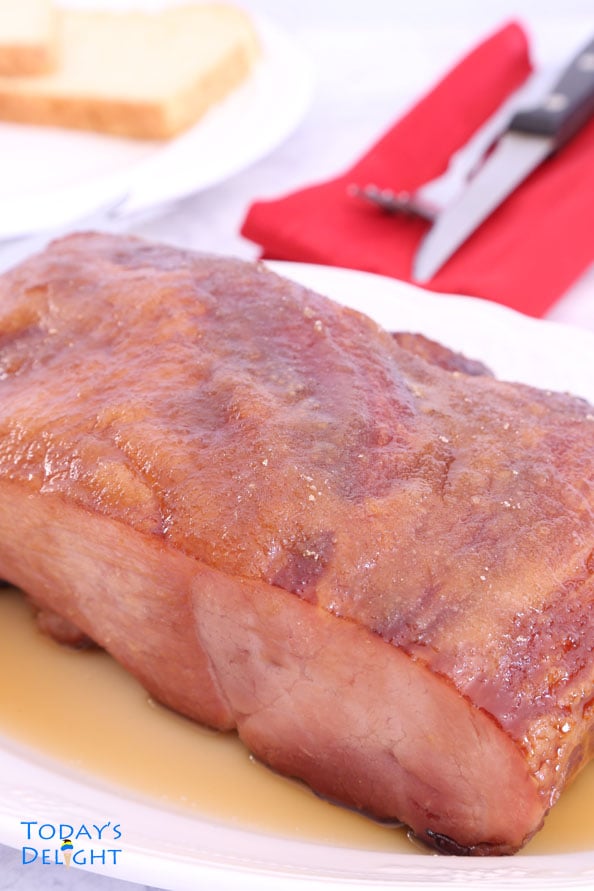 What is a Kirkland Signature Master Carve Ham?

Kirkland Signature Master Carve Ham is sold by Costco. To my surprise, I also found this brand at Sam’s Club too.

It is a boneless ham cut from a quality bone-in ham, smoked and cooked using a real Apple-wood. This is Fully Cooked, Ready to Eat, Easy to Carve Ham from End to End and comes with its Natural Juices.

Each half ham is package and randomly weighs between 3.5 to 4.5 pounds. A 4.5 pound ham can easily serve 10 people.

This Carve Ham doesn’t come with glaze. You have to make your own glaze.

I just made a Filipino Pork Hamonado and I have leftover pineapple juice. See nothing goes to waste when I cook.

I wonderfully glazed the outer area of ham with a delectable Pineapple Brown Sugar glaze.

What Part is the Carve Ham?

It is the pigs butt-end that is closer to the bone which is tender and tastier.

This ham is leaner than a Spiral Sliced Ham but it has a fatty section too. Your family and guest can select which part they prefer plus it is easier to slice from end to end.

What Glaze to Use with Carve Ham?

Some carve ham comes with a pre-mix glaze already. While some don’t.

My go-to glazing is the Pineapple Brown Sugar glaze that adds a subtle sweetness to this tender juicy ham. Glazing the ham is easy peasy. 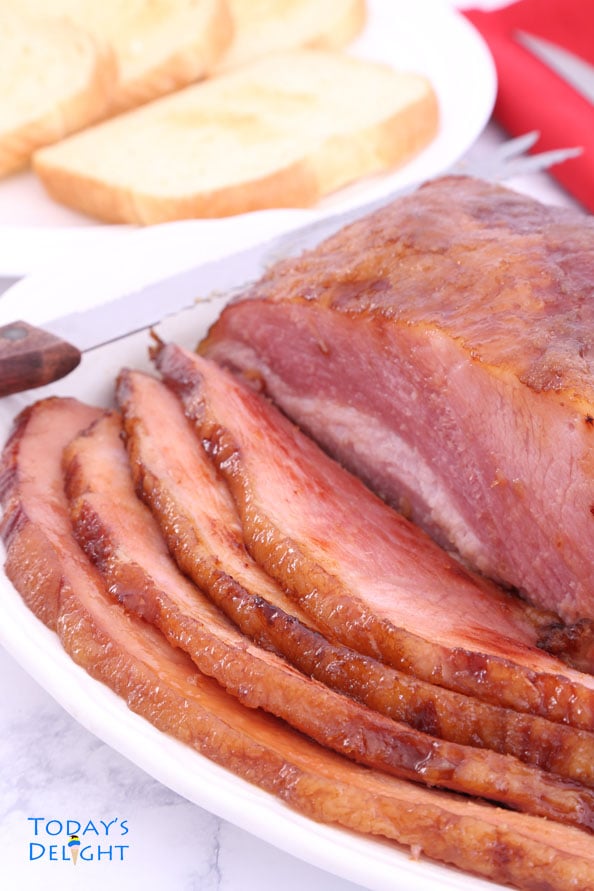 How to Glaze Carve Ham

After warming in the oven, pour some liquid from pan over ham then evenly spread the remaining brown sugar. 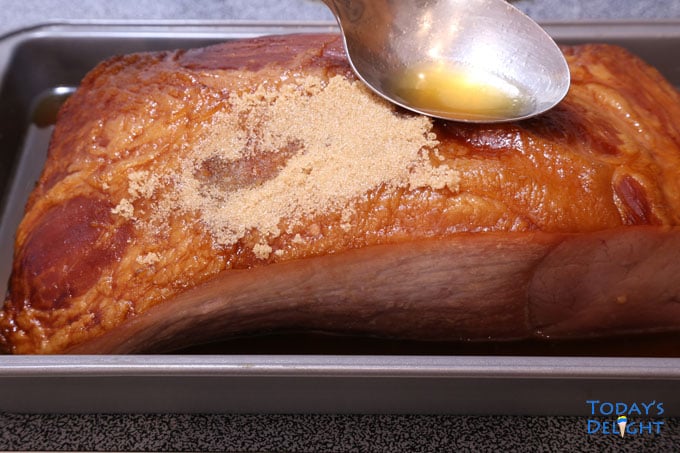 Broil until brown sugar melts. This is a quick process and it is best if you stay next to your oven.

Once brown sugar melts, it can burn easily. 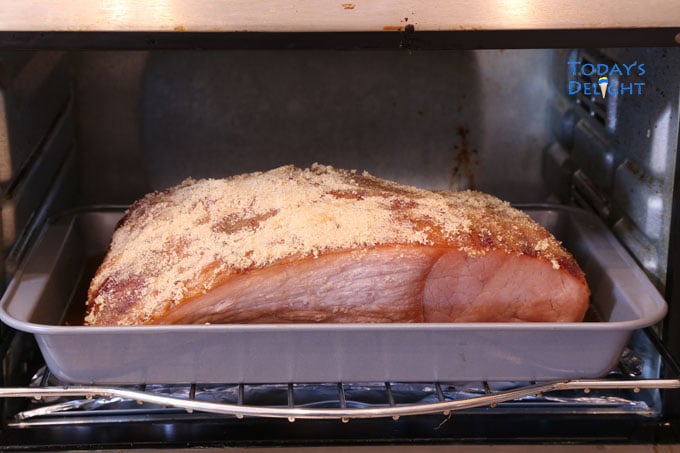 When done, remove from oven and cover loosely with foil so it doesn't touch the glaze. 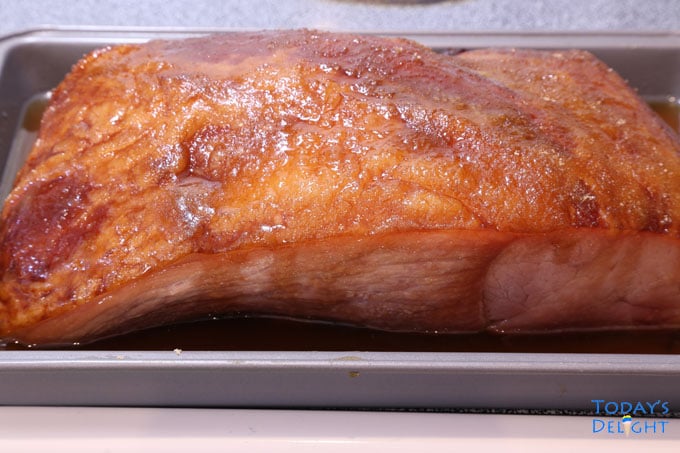 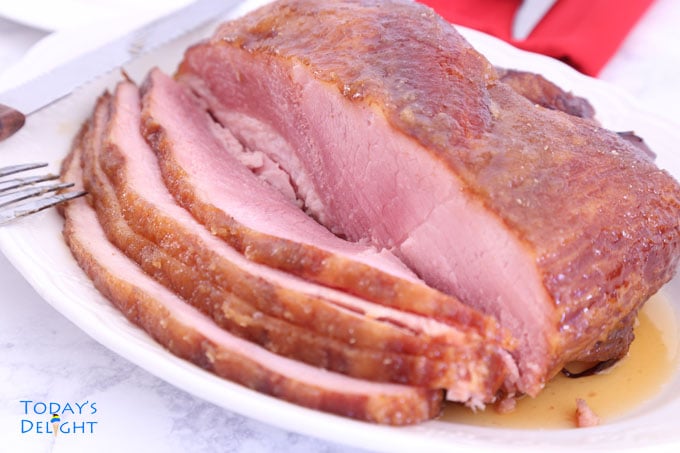 Leftover will keep well in the fridge for 3 to 4 days in a well sealed container.

Portion leftover and place it in the freezer for about a month. It is best to portion so you take only what you need.

How to Cook a Kirkland Signature Master Carve Ham?

I made a video on how to cook this Carve Ham but for some reason I don’t know if I misplaced the SD card or  totally wiped out the card since I also cannot find the video for the Filipino Fruit Salad.

All these were made while I have family visiting from another state. We were busy running around and I never had the chance to transfer all my videos and pictures at that time.

It is only now that I realized I am missing a card. Oh well, I hope to find it so I can post the video for this ham and the fruit salad.

Anyway here’s the Carving Ham Warming Instructions from the packaging. Also, I have added my own instructions when applying the Pineapple Brown Sugar Glaze. Enjoy!

Would you like to try another carve ham recipe with apricot, rosemary and brown sugar glaze. It is delicious as well.