Cooking a Spiral Sliced Ham for Thanksgiving or Christmas made easy. This is a fully cooked ham and all you have to do is follow the warming instructions.

If press for time, get your ham from Costco, Sams or your local grocer. Thanksgiving is around the corner and before you know it, Christmas will be here too. Filipinos usually serve ham during the holidays. 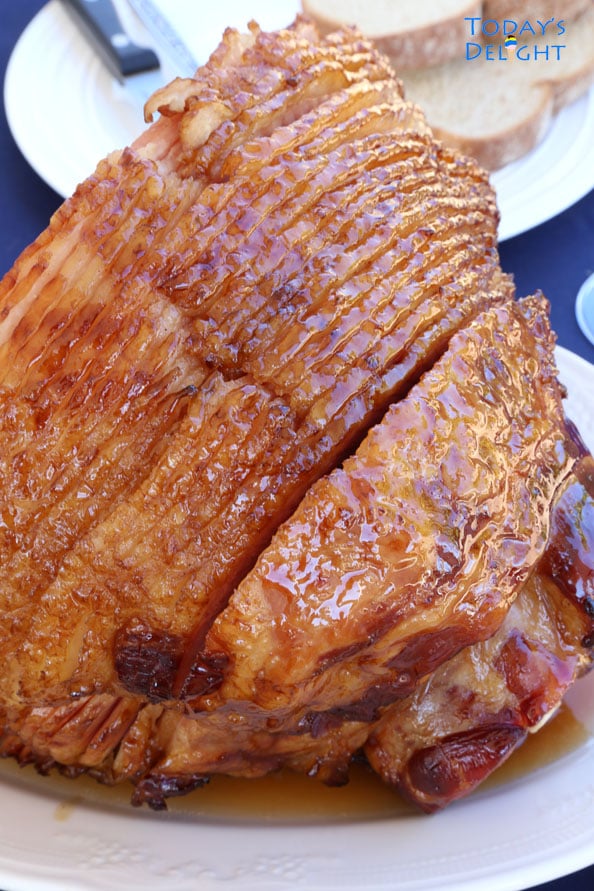 Both cooked spiral sliced ham with glaze and carve ham are available at these stores. When I was working, it was easier to get a fully cooked ham instead of cooking from scratch. I could warm this in the oven 2 to 3 hours before everyone arrives.

For many years, we ordered a fully cooked ham from Honey Baked Ham. They were known for their delicious, premium, pricey ham.

Something changed, I don't find it as decadent as it used to be. I don’t know if it’s me, but for the last 10 years I haven’t ordered from them.

Their glazing is not as good. When they started selling sandwiches, it was full with thick slices of juicy ham with glaze.

I stopped by early this year and ordered the same sandwich. Ham was not as thick anymore, dry and without any glazing. I swear, it was bad and that was the last time I was there. 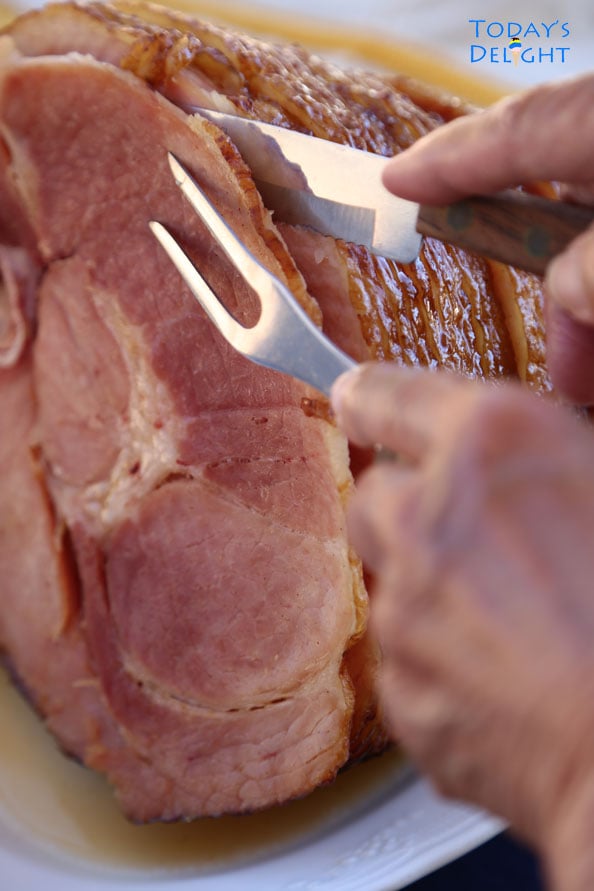 On our Thanksgiving potluck at work, my co-worker brought ham and she was cooking it in a slow cooker in the office.

It smelled so good and delicious. I asked her where she got it and this is how I discovered that I could prepare my own ham with less work involved.

And guess what – it is way cheaper than Honey Baked Ham.

Cooking a spiral sliced ham is not complicated. I got the ham from Sam’s Club. It is the Member’s Mark Limited Edition Bone In Ham Naturally Hickory Smoked with Natural Juices and Brown Sugar Glaze packet included. It is stated – Pork raised with no added hormones.

Tip: Make sure that the pan is tightly covered with foil when in the oven. Follow the warming instructions and you’ll end up with JUICY, TENDER, MOIST ham.

Glazing instructions is included too. When adding the glaze, don’t just spread it in the exterior, get it in between the slices of ham.

Costco’s brand is equally delicious too. 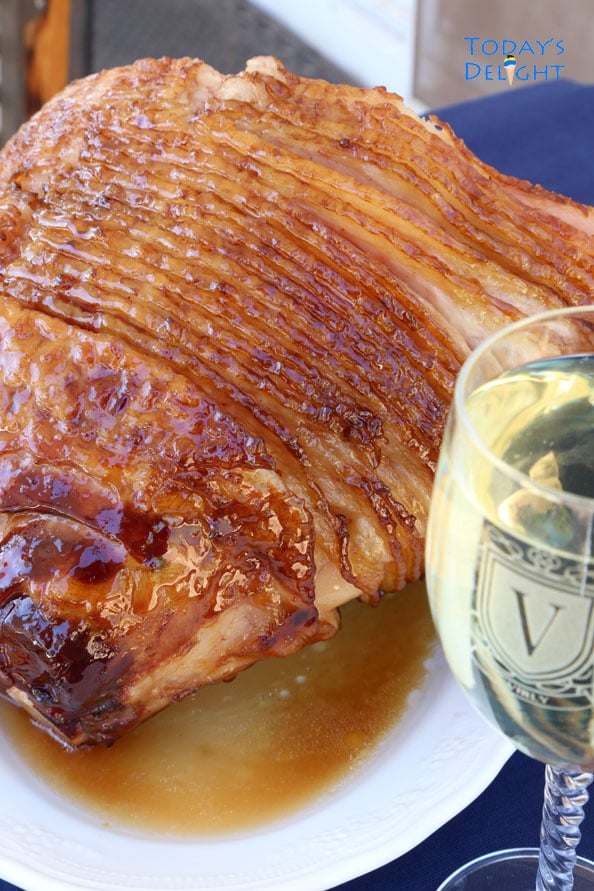 Look how yummy this picture is! This fully cooked spiral-sliced bone-in ham is mouthwatering. It will not disappoint.

This easy to serve ham tastes as good as it looks. So easy to prepare and the price is a fourth of what Honey Baked Ham would cost. Save yourself $50 or more and get this ham.

NOTE: This is not a sponsored post. It is a succulent ham that’s why I am promoting it. You can substitute the glazing with your own or buy it without the glazing.

If you prefer the classic pineapple brown sugar glaze, try my other ham recipe mentioned below. Double or triple the glaze recipe.

Can you freeze leftover ham?

Yes, you can. Remove it from the bone and place in an airtight container. It is even better if vacuum sealed as it will stay fresh longer. I have stored it for a month in the freezer.

How long can I keep leftover ham in the fridge?

No longer than 5 days.

Can I use ham bone when making soup?

This ham is perfect for any gathering. It is easy, juicy, tender, moist and not salty.

Looking for Delicious Side Dish