Halabos na Hipon is a simple and common way of cooking shrimp in the Philippines. Halabos means cooked in salt & water. Head-on shrimp or prawn are boiled until it turns reddish orange and seasoned with salt. It is a quick process to keep shrimp juicy and tender. Traditionally, shrimp is cooked with salt and water. Filipinos have improvise the recipe and uses Sprite or 7UP  to give shrimp a subtle sweetness. 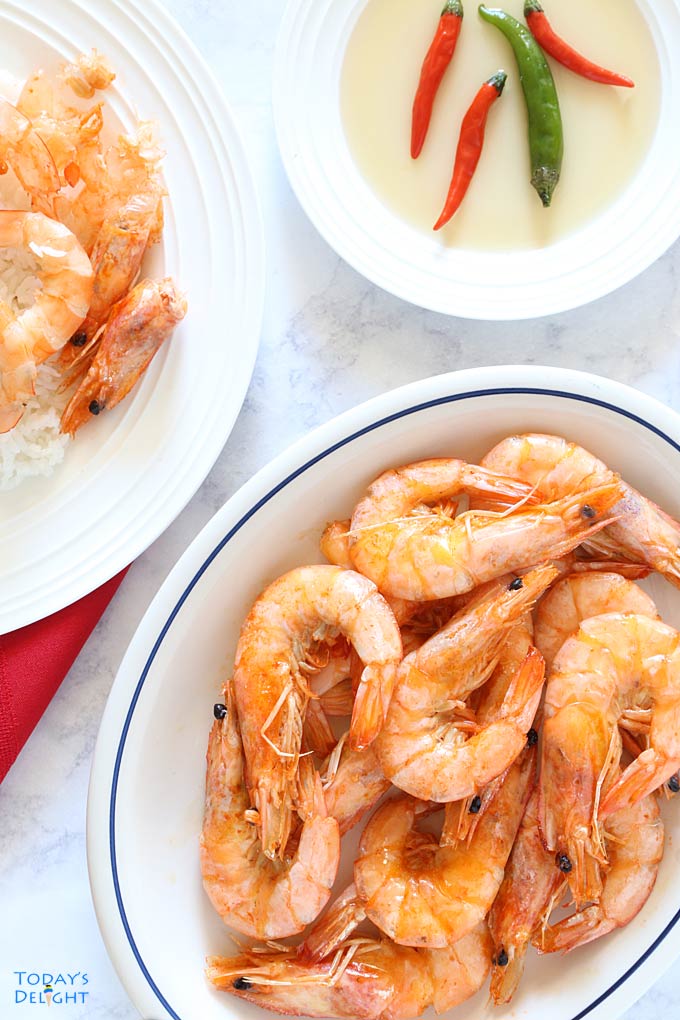 Halabos na Hipon is boiling shrimp in Sprite, 7UP or water and salt.

After the holidays, a simple, easy and light dish is all I crave for. I don’t like to do much cooking for at least 2 weeks especially after going on vacation.

Prepare this dish with water or with sprite or 7UP. As always, it is not a bad thing to tweak a recipe to your liking.

Aside from salt, use chili to give it a kick or saute shrimp in garlic or butter.

This is to show you that we can break away from tradition. We need to be creative, either to improve or enhance a recipe and use whatever is available to us. 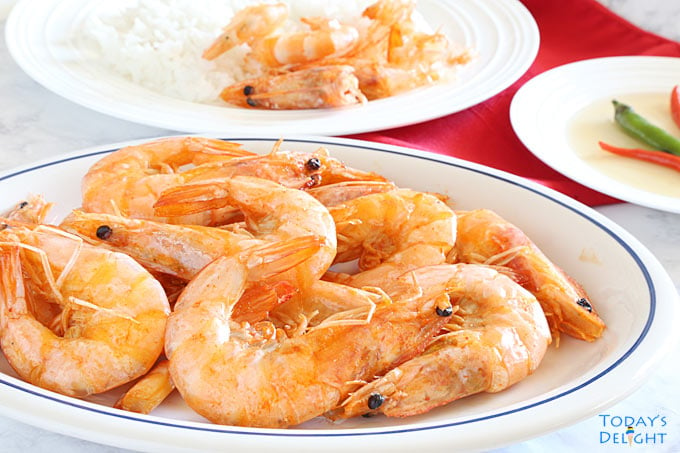 Boiled shrimp is serve with hot rice and vinegar dip.

Recently, I got a comment in You Tube that potato is not a traditional ingredient for Pork Sinigang. He has visited many parts of the Philippines and never had potatoes in Sinigang and it must be an American version.

We have to remember, during the old days people used ingredients that were easily available and affordable to them which makes sense.

First of all, I recently visited the Philippines and had it with potatoes.

Second, with or without potato, it doesn’t mean we have to do things the traditional way. We need to step out of the norm and explore.

Third, common sense will dictate, if in your opinion you have to stick with tradition then don’t use it, but you could be missing out on something good. 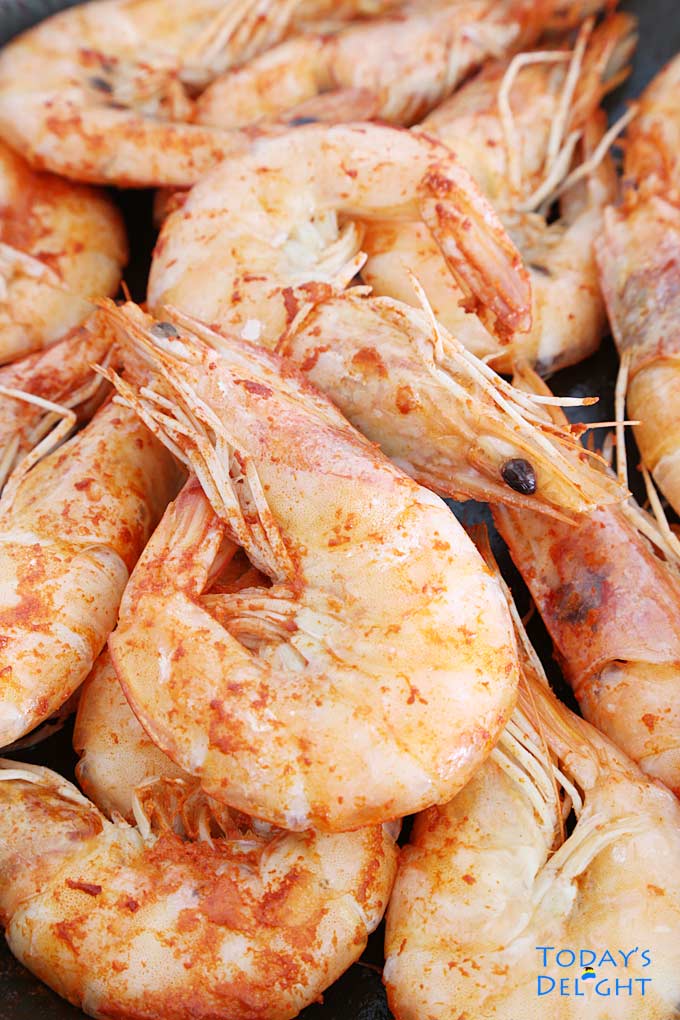 This halabos na hipon or boiled shrimp is juicy and tender.

Anyway, you have the option to cook it the traditional way or if you are adventurous, prepare Halabos na Hipon the modern way!

During our recent visit to the Philippines, we frequented a few Dampa. It is like a market place and customers are able to select the seafood, then it is cooked and served in a restaurant of your choice. Shrimp, prawns, crabs, mussels, fish, squid are abundant, fresh and delightfully delicious.

How to Cook Halabos na Hipon

Traditionally, head-on shrimp or prawn are used to make this dish. Jumbo headless shelled shrimp from Costco or Sams works too. If you are watching your cholesterol, this is best to use in my opinion.

If frozen, thaw shrimp in fridge.

Wash shrimp and trim tendrils before cooking. If lazy, you can leave the tendrils on.

Don’t put too much water, Sprite or 7Up. Shrimp releases water while cooking. 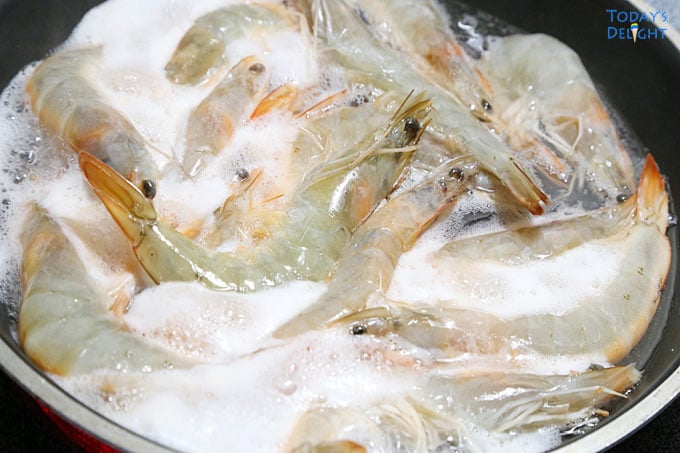 Don’t overcook shrimp. It will get rubbery instead of tender and juicy. 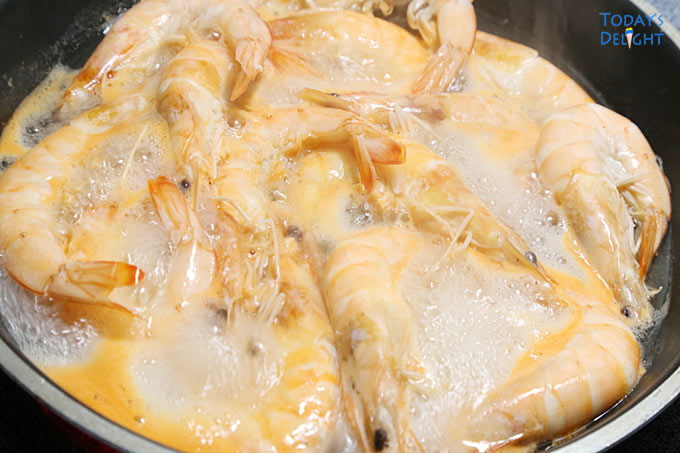 When cook, I like to dip it in vinegar with fish sauce and chili. Yum! 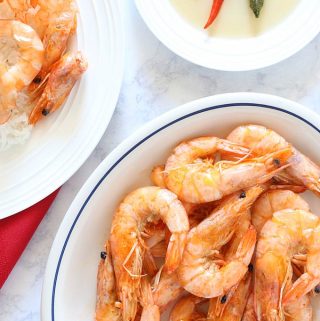 Overcooked shrimp is rubbery instead of juicy and tender. 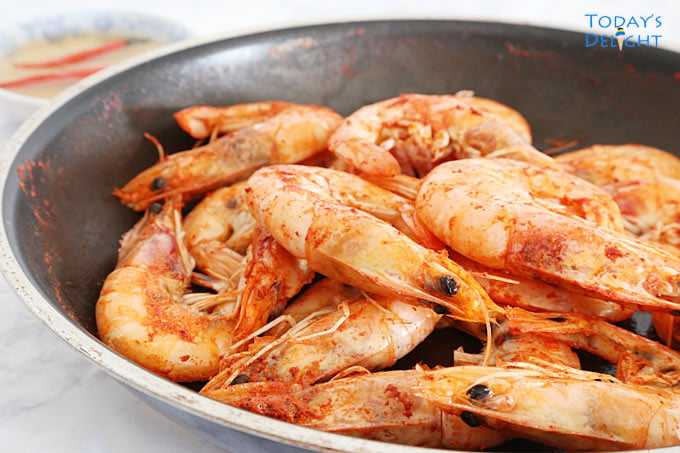