Spareribs Lemongrass Soup is so flavorful and tangy with only a few ingredients. You can use any cut of meat but since I have spareribs I used that. Spareribs goes well with this soup since it is not very lean nor very fatty and the bones are great for soup stock. Lemongrass was used as the souring agent which gives the soup a distinct, light and citrusy flavor that doesn’t overpower the dish. When all the ingredients were combined and simmered for at least half an hour the fresh lemongrass aroma filled the kitchen with its fragrance. It will make you salivate. 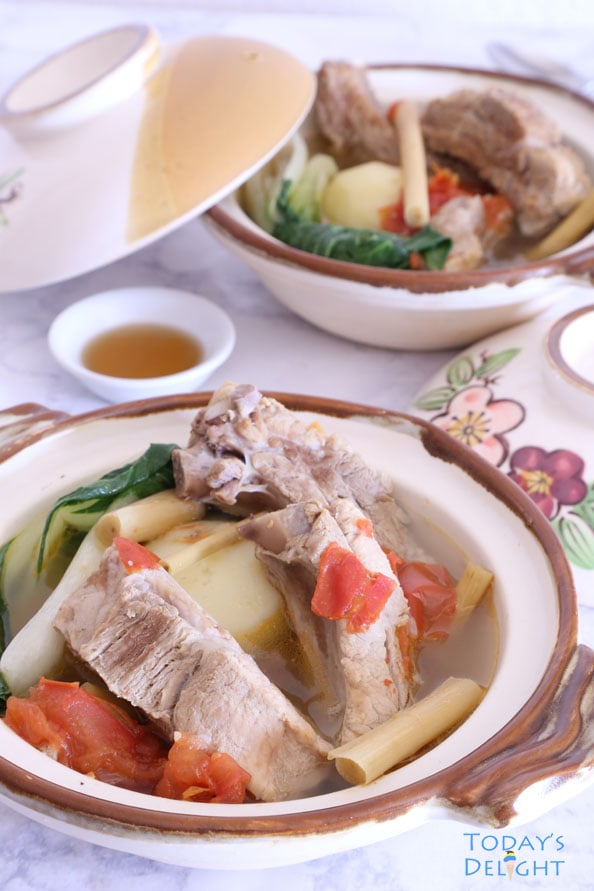 I use lemongrass when making Thai dishes but I’ve never really used it when making soup. My niece when they make something special would send me pictures. A few times she send me a picture of this soup. They bragged about how good the soup was. Honestly, looking at the picture it looked so appetizing. The soup was so clear with a tint of bright yellowish color. It has big chunks of Country ribs, a variety of green vegetables and potatoes.

So anyway, I asked repeatedly for the recipe and finally they admitted they did not make it. Their neighbor, who is a good family friend as well, makes it. My brother told me she uses lemongrass. Since then I’ve been adding lemongrass when making Asian soup. When I visited them, he requested her to make it. In fact, we end up going to their kitchen to watch her make it.

If you’ve read our “About Us” page I have mentioned that some people cook the same dish a different way and both comes out delicious and tasty. This is a good example. Watching my mom cook I’ve learned to simmer broth while cooking. Once it boils she lowers the heat so it simmers instead of boiling. Our friend does the opposite. The whole time we were watching her make the soup, it was boiling vigorously. It was boiling like a molten lava with vapor rising up in the kitchen ceiling. She never  lowered the heat to simmer. Next to her was a pitcher of water that she used to replenished the water that evaporated. And guess what – her spareribs lemongrass soup was savory, aromatic and delicious. 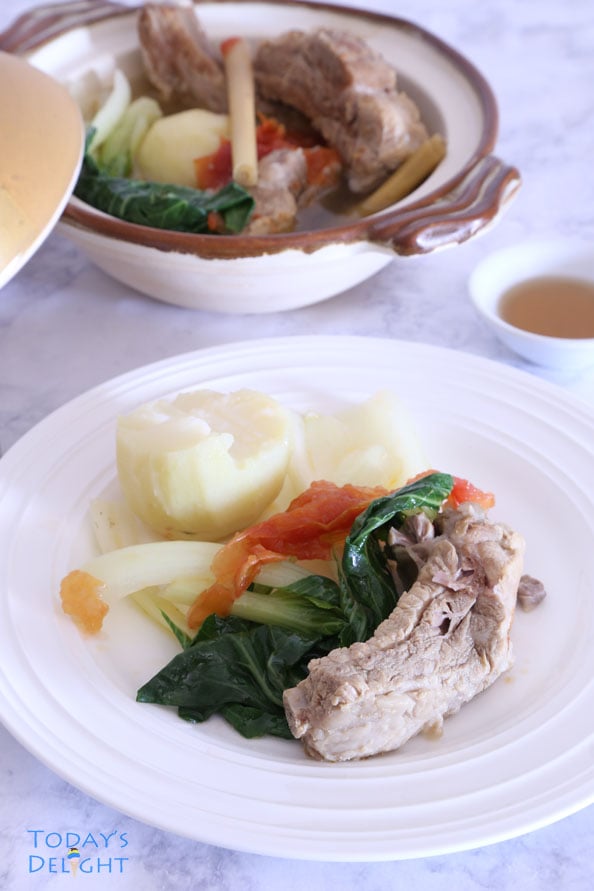 It was in a way embarrassing watching her cook. I don’t know who was embarrassed more, me or her? My brother pulled me and my mom to go to their neighbor’s kitchen. I felt like we invaded her privacy while cooking. When I cook, I don’t really like people watching me. Maybe it’s not even that. I like to be able to move freely in my own kitchen. Instead of waiting till it’s done we left to give her privacy.

Half an hour later, our dinner was ready. Here she comes with a big bowl of aromatic hot lemongrass soup. Seeing it in person, her soup looks so good. She strained the soup before serving thus making it so clear. Here again, we differ on how we serve it. I don’t strain my soup. Either way, the end result is they’re both very good. I swear we were like dogs waiting for our dinner and devoured it like dogs too…

That is to show you that there's no one way of doing things. Our techniques might differ but in the end they're both delicious and that's all that matters.

Well anyway, if you’ve never used lemongrass try it and you might like it. Aside from being a tasty souring agent, it is packed with vitamins and has many health benefits. Watch out for my lemongrass tea recipe and I’ll discuss why you should add this spice to your diet. Enjoy!

How to Cook Spareribs Lemongrass Soup

This soup can easily be a comfort food especially on a cold winter day. In the Philippines, we eat soup any time of the day and any time of the year even when weather is freaking hot.

If you want a clear soup strain the soup before serving. 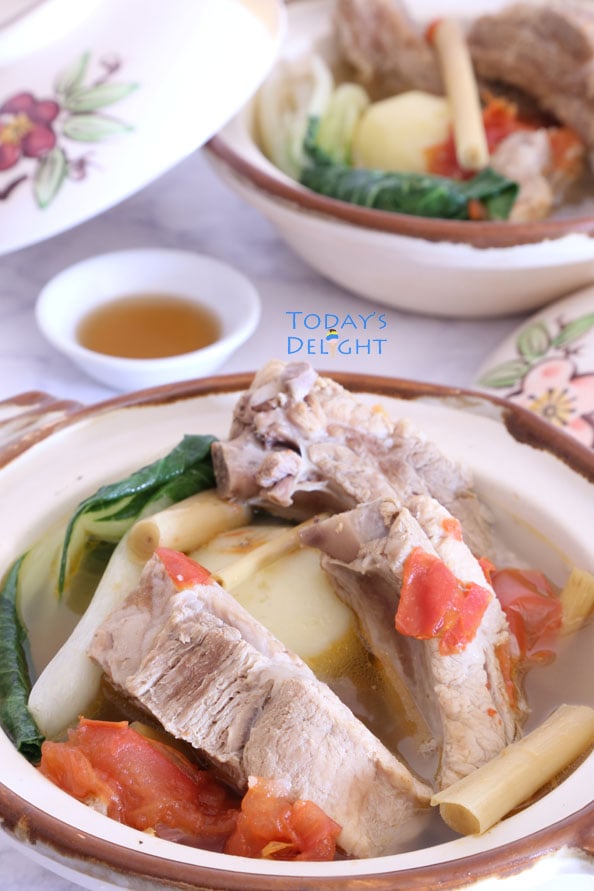