Filipino Tamales is made of rice flour and coconut milk topped with peanut butter mixture, strips of chicken, pork and ham wrapped in banana leaves. Bacon can also be added as topping. 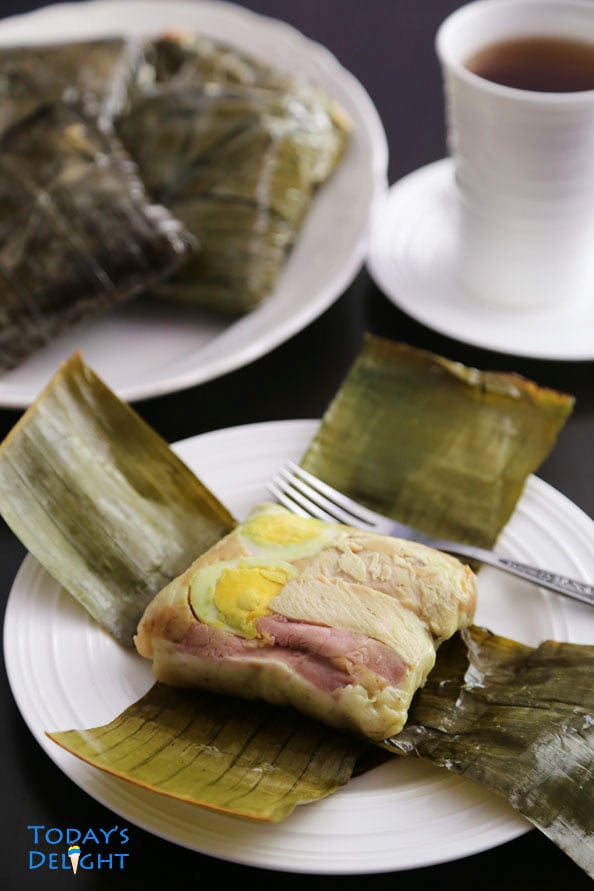 Filipino tamales is not the same as the Mexican tamales. They are both delicious but totally different.

For some reason, my mom never made this at home. She ordered tamales from a well-known vendor for her catering business and it was scrumptious too.

Years after I moved to the US, I saw a tamales recipe on the box of the Bibingka Mix. I made it and it closely resembled the tamales I grew up liking.

I made some minor adjustments to the amount of coconut milk. For my taste, the recipe called for too much coconut milk making it too rich.

Instead of using freshly squeezed coconut milk, I used the one in can and reduced it in half. Coconut milk has an intense flavor and too much of it can make any dish too rich. 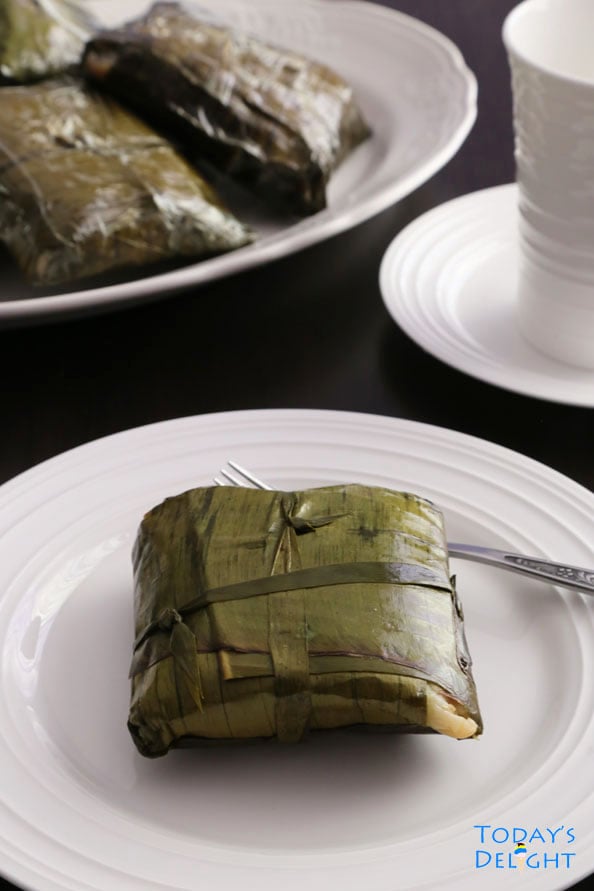 If you love coconut milk, feel free to add another can to this recipe. Also, if you like grating fresh coconut and squeeze the coconut cream and milk, you can use that as well.

Grating is my weakness. In fact, I broke my grater instead I use my blender to make grated coconut.

I am so glad I was adventurous and tried the recipe. Now, it doesn’t have to be Christmas to enjoy this delicious Filipino Tamales.

With every savory bite, it reminds me of Christmas in the Philippines.

I experimented one time making a tray of tamales wrapped in banana leaves then steamed. It was OK but I prefer the individually wrapped tamales.

If you find that cooking it in boiling water is too much work for you, go ahead and steam it.

These tips will benefit people who resides abroad than people in the Philippines. If you live in foreign countries, some ingredients are not easily available.

1. Banana Leaves - In the Philippines, you can find banana leaves just about anywhere but living abroad it is not always the case.

Instead, we can purchase frozen banana leaves in Asian stores. When thawed, the leaves are a bit wilted already so I don't even run it through the stove when using for tamales.

Also, I don't remove the hard part or the midrib of the leaf. It keeps the leaf intact and not easily tear.

Even though it looks clean, I wash it in running water and dry with paper towel. It is easier to cut it first, then wash it.

2. Bibingka mix is widely available in foreign countries. Save yourself some time, it works perfectly with tamales.

3. The original recipe calls for more coconut milk. If you like it too rich, feel free to add another can of coconut milk.

4. I prefer tamales boiled than steamed, but you can do either way. If you watch my video, I wrap it with saran wrap and foil. It is optional.

You can directly place it in boiling water but secure it with kitchen twine.

5. To make it much easier, I bought the Boar's Head ham and roasted chicken from the deli.

6. It can be stored in the freezer for 2 months as long as it is in a sealed container or a food saver. Thaw and place in microwave for 15 seconds to warm it. 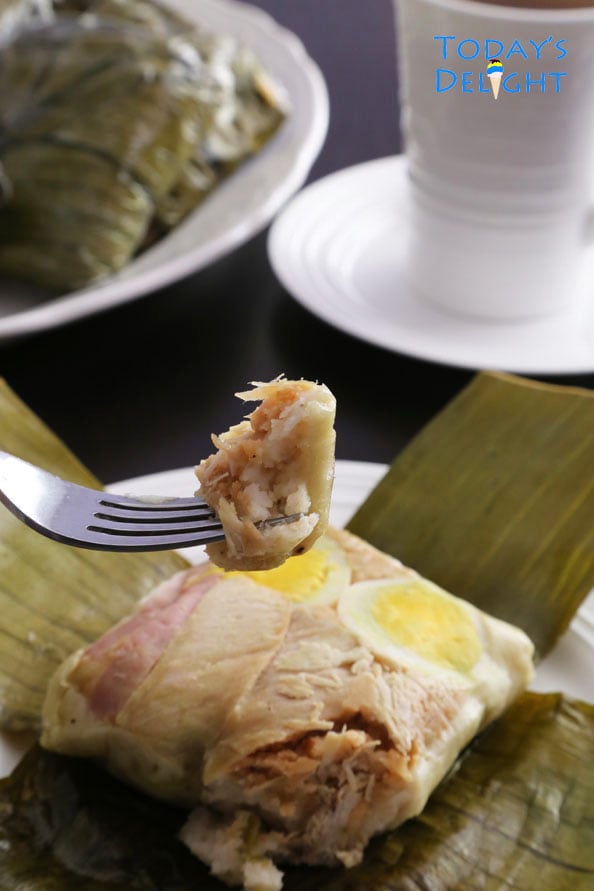 How to Cook Filipino Tamales Recipe

If you’ve never had Filipino Tamales, watch my short video and see how easy it is to make.

You might find yourself making it just anytime of the year and not just Christmas. Enjoy! Magluto na tayo.

Freeze tamales for a month or two. Steam or wrap in damp paper towel and defrost in microwave. 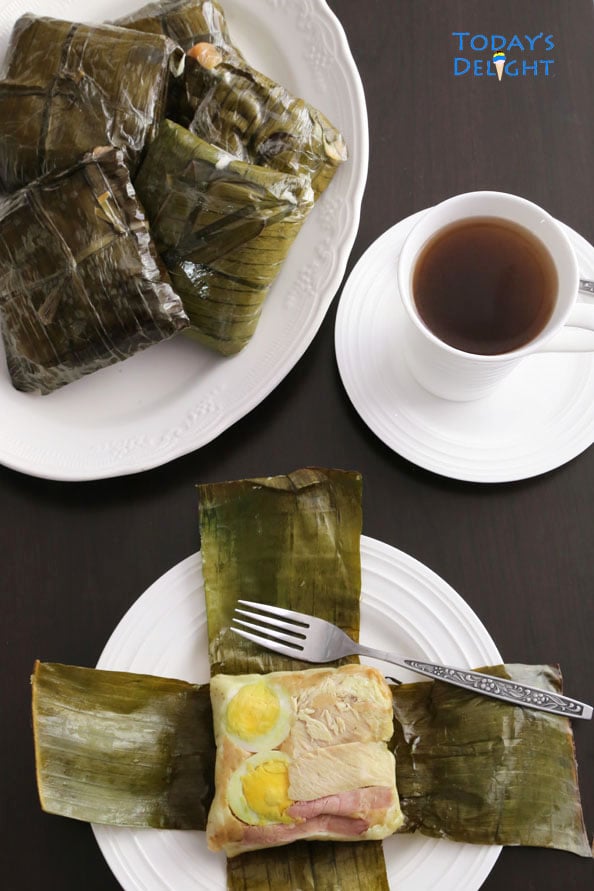