Cassava suman is a Filipino delicacy made with grated cassava (kamoteng kahoy ), coconut cream or grated coconut and sugar. My aunt’s cassava suman recipe with latik and shredded young coconut meat is the best.

All the ingredients I used to make this dessert were all pre-made except for latik (coconut granules). You can get frozen grated cassava, frozen shredded young coconut meat, banana leaves and canned coconut milk in Asian stores. I’m not aware if they carry pre-made frozen latik too. 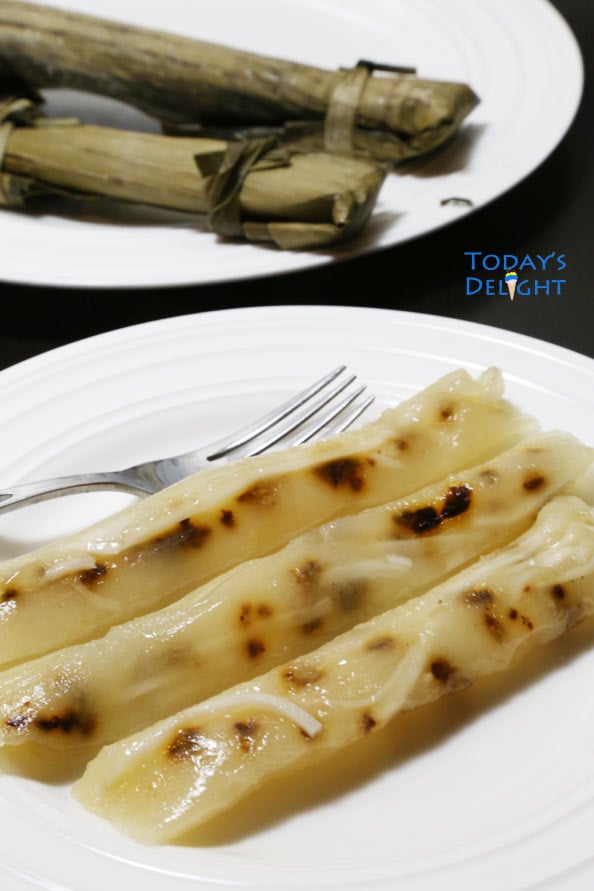 It is optional to add young coconut meat and latik, but I never omit these two ingredients when making cassava suman. They add so much flavor and texture to this dessert.

When we were growing up, we visited my Mom's home town of Nueva Ecija once or twice a year. Cassava suman is one of my aunt’s specialty.

My brother and myself devoured the suman like we've never had it before. For some reason, my mom never made this. On our trip home, my aunt always handed us a big bag full of cassava suman. Yeah!

What does the term "Suman" mean?

Suman refers to Filipino rice cake made of plain or glutinous rice flour. In this case, the recipe is made of cassava.

This is one of the kakanin I miss a lot after moving to the States. Relatives brought back cassava suman when visiting the Philippines but it was not as good. It was frozen and not as fresh anymore.

For years, my cousin and myself tried making it, but it was not the same. We experimented using grated coconut, placing cassava in the blender but the texture was not close to my Aunt’s suman.

It tasted fine but the consistency was not the same. Something was off. After many tries, baffled and frustrated, we gave up. 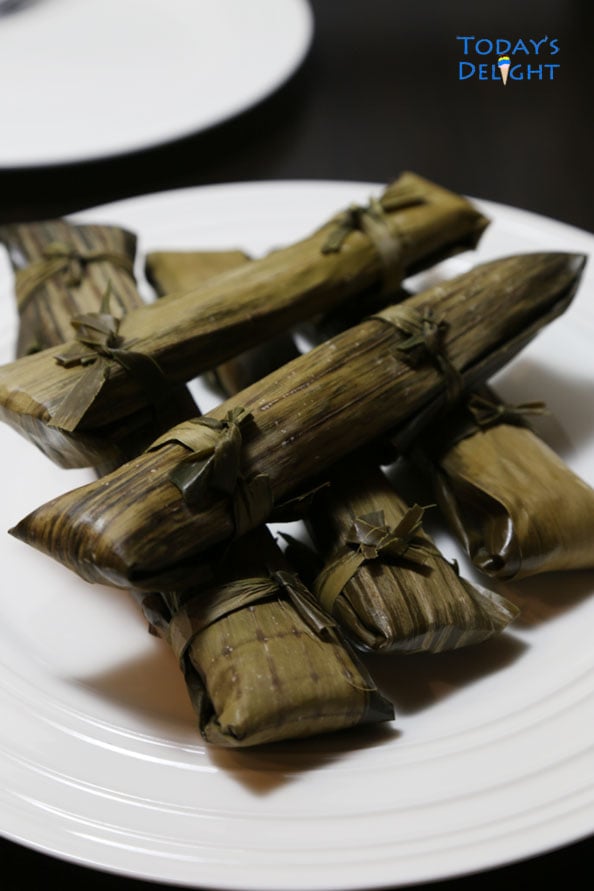 A few years passed and I am once again intrigued in making it. Called my Aunt and compared my recipe with hers. My recipe was indeed right. The only thing different, I steamed mine while she boiled hers.

I was so excited like a young kid. This time, fingers crossed, I boiled it in water. Like magic, that was the trick. Finally, I got the texture I was looking for. I can’t believe, this simple recipe eluded me for years.

In my opinion and my personal preference, boiling in water gives me a finer and stickier texture. Again, if you prefer steaming nothing is wrong with that.

Now, when craving strikes, I can easily make this snack and enjoy it. Also, it is one of the kakanin requested during our Christmas gathering.

Filipino tamales is one of my favorite kakanin and have made it for ages. One day, I decided to steam it instead of boiled. Again, it tasted good but I prefer the finer texture when boiled.

What does "Kakanin" mean?

Kakanin is a Filipino term referring to all native delicacies. Cassava suman for example is categorized as kakanin.

How to make Cassava Suman Recipe

If you’ve never had Cassava Suman with latik and young coconut meat, try this recipe and you might like it. It is simple and easy yet delicious and one of our favorite snack (merienda) or kakanin.

Other Cassava Recipe To Try 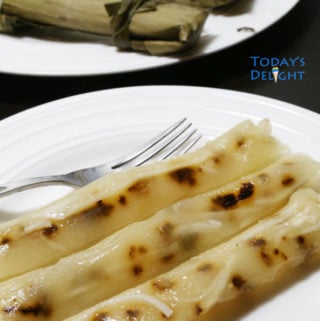 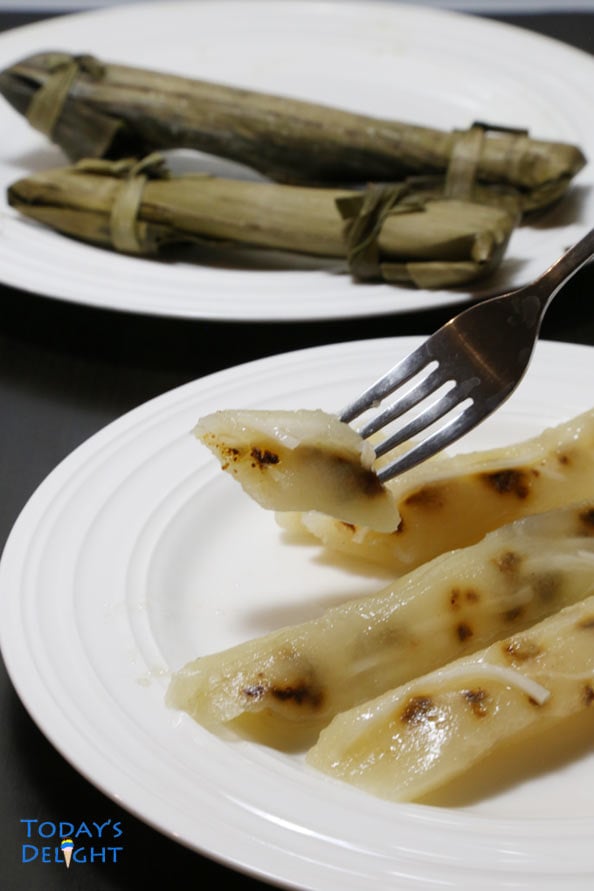