You’ll be surprise people have different ways of cooking sago. It is easy but it takes time to cook.

Some soak it in water for a few hours then they boil it. Yet, others cook sago directly in boiling water which is how I learned to make it.

Cooked sago are gelatinous in texture, soft and translucent. 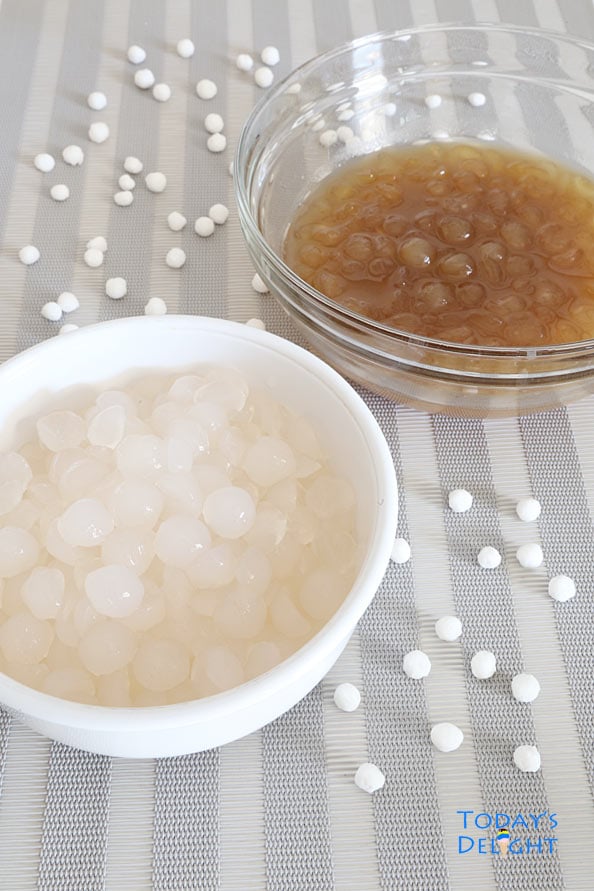 In Asia, you can easily find sago but in other parts of the world they are sold as tapioca pearls that is extracted from cassava.

So don’t get confuse, tapioca pearls is very similar to sago and can be use in Filipino refreshments and desserts.

Sago or Tapioca Pearls are white in color and comes in small and large pearls.

When cook in boiling water, it will turn translucent but not all of them.

After cooking, leave sago in water covered with lid for a few hours or overnight and some will turn transparent while a few will still be opaque. It is fine, it is already cook. 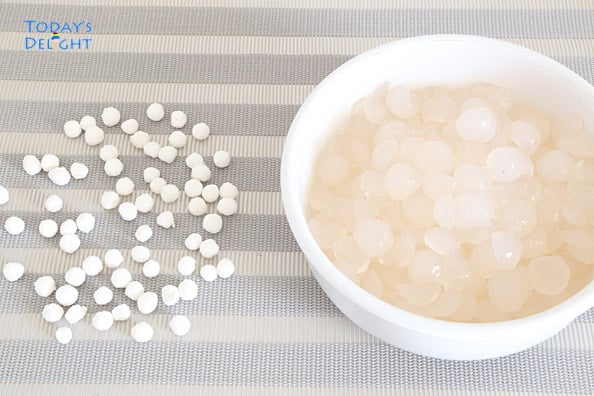 How to Use Sago

All over Asia, sago is used in drinks, smoothies and desserts.

How to Make a Chewy Sago

When I moved to the US, the first few times I made it, I was not successful. Once I learned how to cook sago, I was still not satisfied with its consistency, it was not chewy.

I prefer a chewy sago than one with a consistency of jello.

When talking to my parents then, we don’t discuss recipes over the phone since long distance at that time was too expensive.

Surely, I will get a letter from my mom with recipes, explaining how I should do it. One was how to make a chewy sago.

What she does, boiling it the second time she adds brown sugar in the water. Sure enough, it comes out chewy. So that is the trick for a chewy sago. 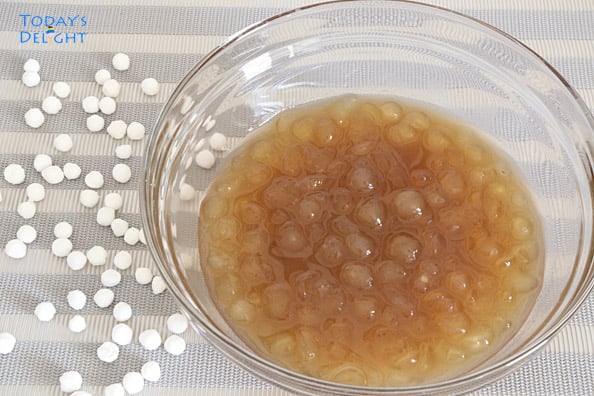 How Long to Store Cooked Sago

How to Cook Sago 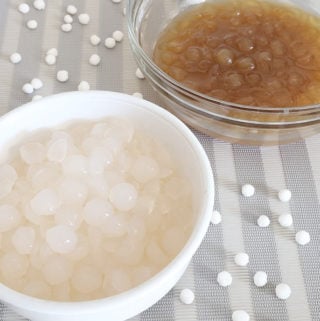 How to Cook Sago

This method is for big pearls. I will have another post for mini or small pearls.