Pork bistek is another way of cooking our classic beef bistek. Instructions are the same when cooking beef or pork bistek.

Bistek is one of my favorite Filipino dish. The combination of lemon and soy sauce is so flavorful.

It is a simple recipe but very delicious. I prefer my pork bistek lemony or on the sour side and loaded with caramelized onions. 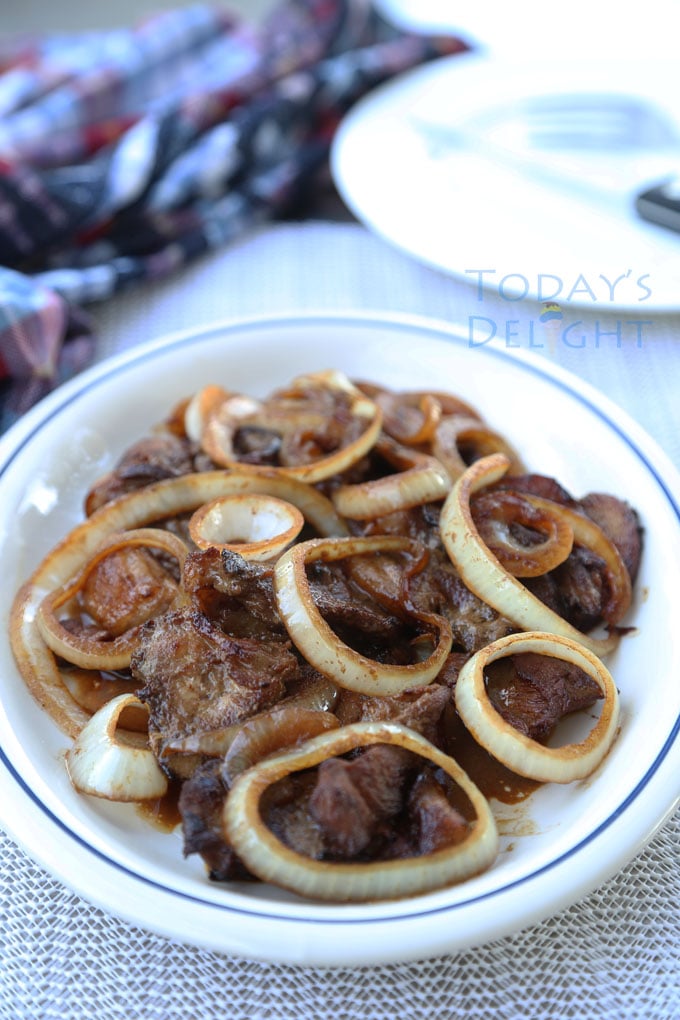 When I was younger, I cook bistek in butter and it was so so good. But as I got older I became health conscious and switch to olive oil. Either way bistek still is delicious.

The way I cook bistek is not how I learned it from my Mom. I improvised it to my liking.

In fact, my brother and a good friend from Greece prefers my bistek over my moms.

Also, I prefer meat with a little bit of fat and not very lean. The dish is tastier. 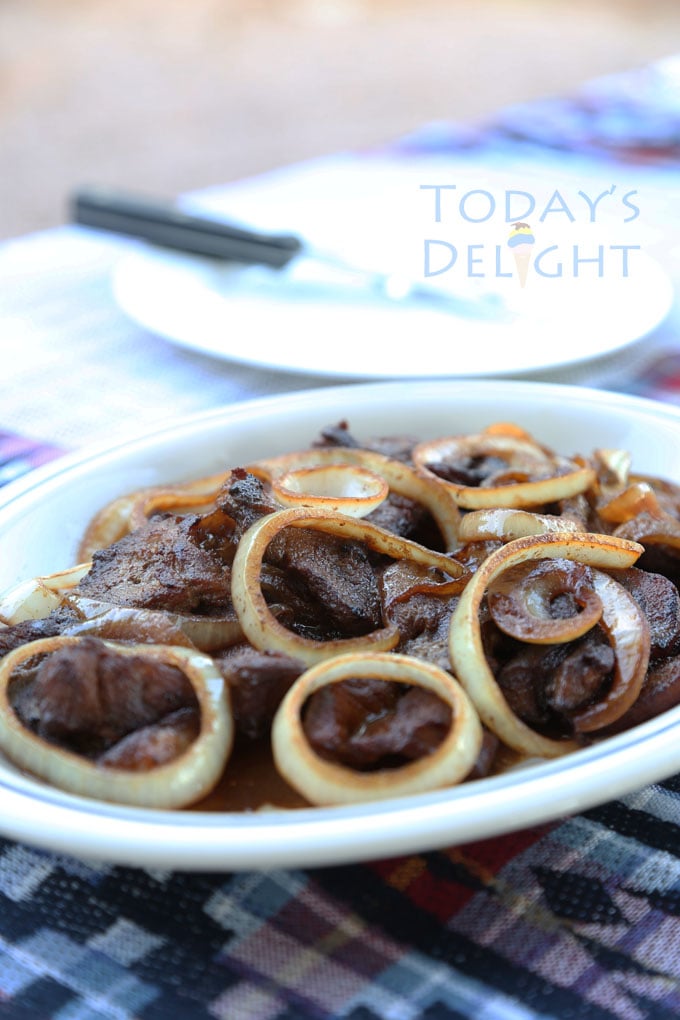 The traditional way of cooking pork bistek is to half cook the pork and simmered with the sauce. I don’t.

While frying pork it releases liquid, I let the pork simmer in the liquid or sauce until almost cooked then I turn the temperature between medium to high to crisp the pork.

I like the meat crisp and a bit crunchy like frying tapa (dried pork). Remove from pan and transfer to a serving plate.

On the same pan, I caramelize the onion and cook it crisp with a crunch or if you prefer limp as in well done you may do so. Once onion is cook remove from pan and garnish pork.

Using the same pan, pour the marinade sauce, bring to a boil and simmer until cook and thick. Pour over meat and serve.

That is how I like my pork bisktek. In fact, while cooking I end up eating the cooked fried pork even without the sauce. I munched on it.

The pork is well infused with the lemon and soy sauce marinade. The pork alone is delicious with rice.

How to Cook Pork Bistek

Read my notes if you want to cook the traditional way. If you are adventurous you might like it my way. Magluto na tayo (let’s cook). Enjoy! 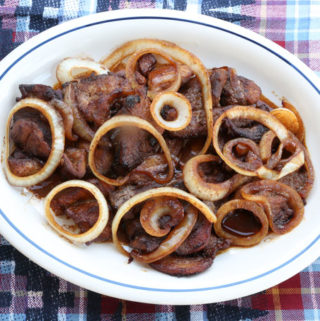